MM10 Broadens Its Ties to Spain

Not so long ago, in November of 2019, MM10 Academy made a big step towards establishing itself as one of the most promising youth football camps for future football stars. The entire team went on a trip to Spain, to develop even more and try out our skills against the top academies in the world of football. Here's what we learned on that fantastic trip.

Even before this fortune-changing trip to Spain, MM10 Academy was regarded as one of the premier youth football academies in South East Asia. With a stable influx of young players every year, we've established our reputation as the best choice in this region for all young talents who want to have the best training and opportunities to build skills and traits required to become professional players. But, what we've learned from the trip to Spain only helped us push the limits even further and set a standard no other academy in South East Asia can match.

The trip to Spain was an especially useful experience as it allowed our young players and the entire academy to directly go up against other semi-pro teams that were on the same location. Consistent match experience is one of the critical factors that help contribute to the development of skills and confidence among young players. Moreover, we also noted that the team profited highly in terms of overall discipline and composure on the pitch. 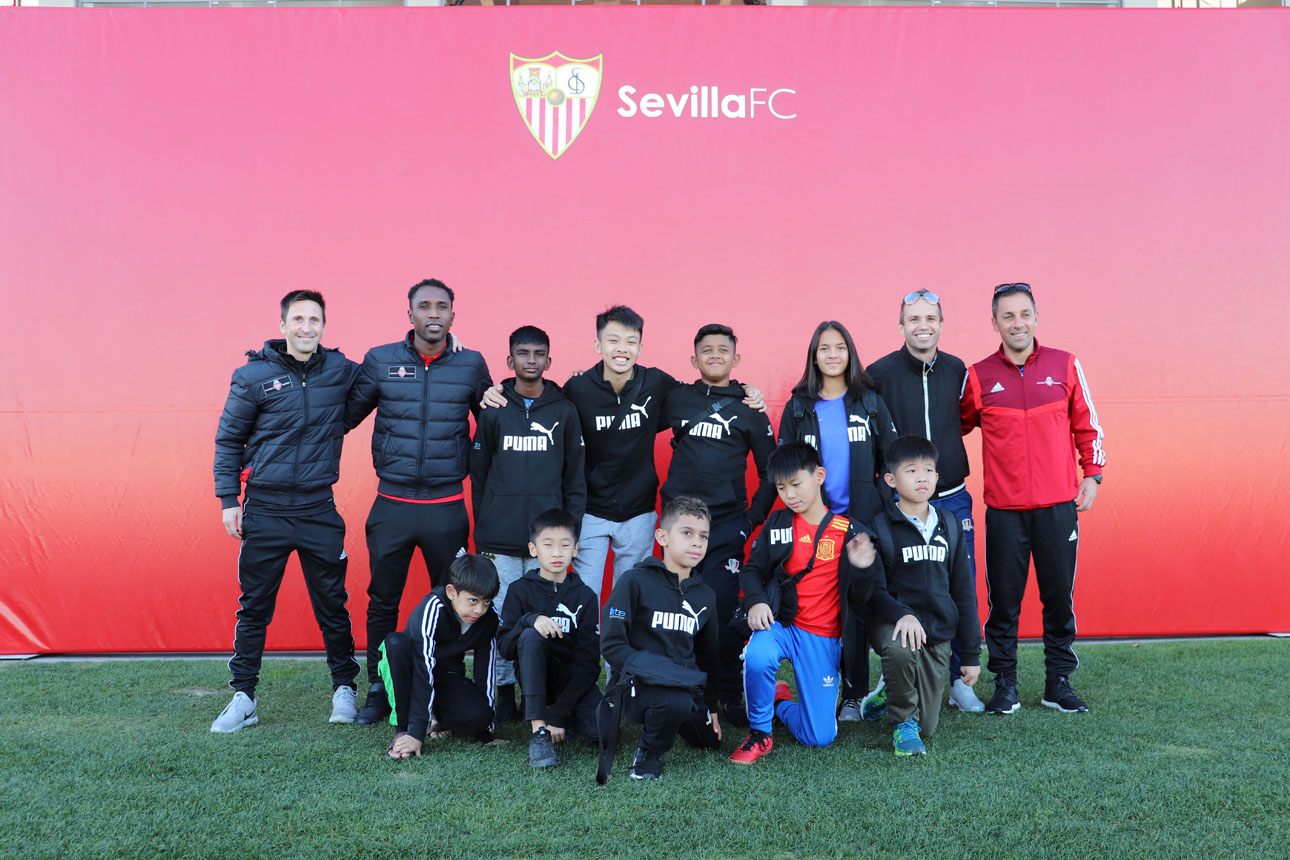 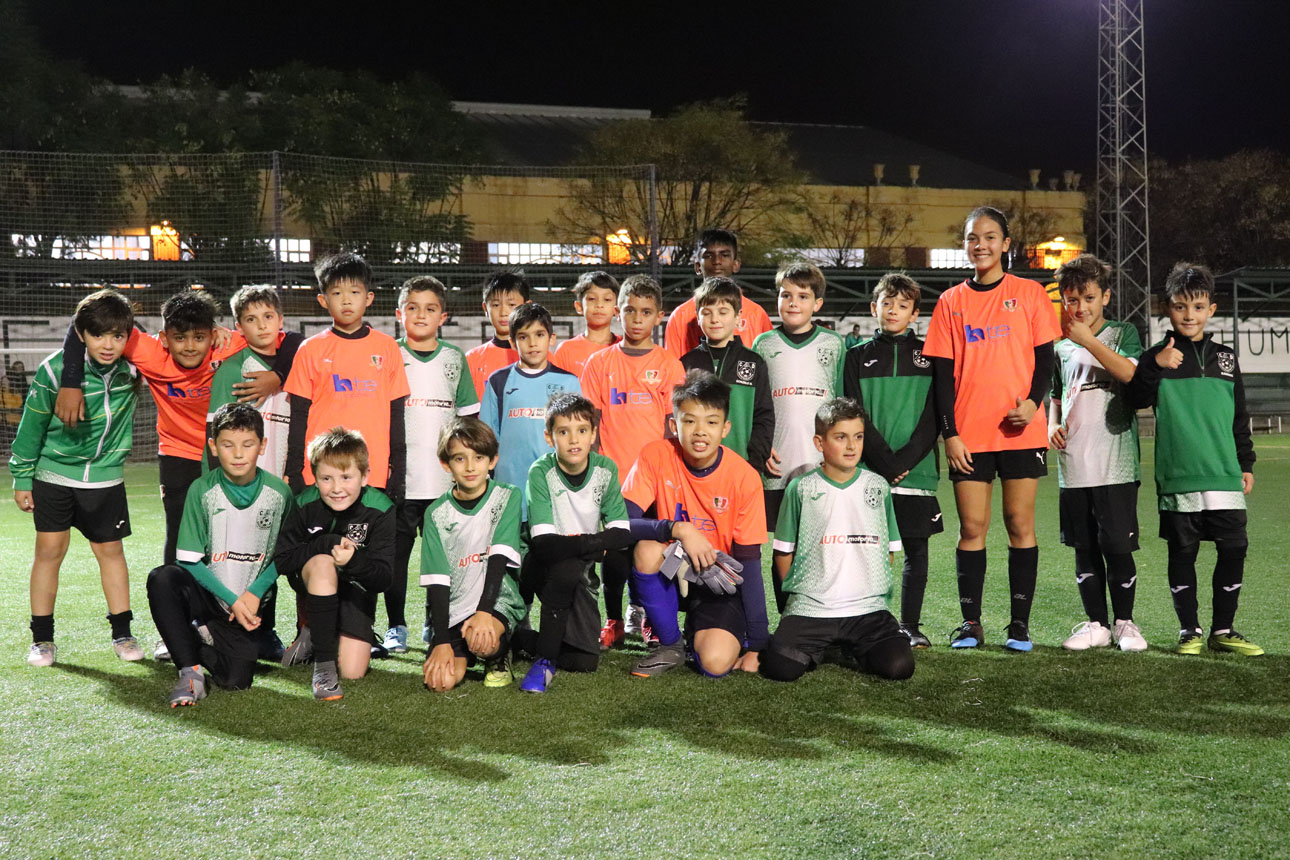 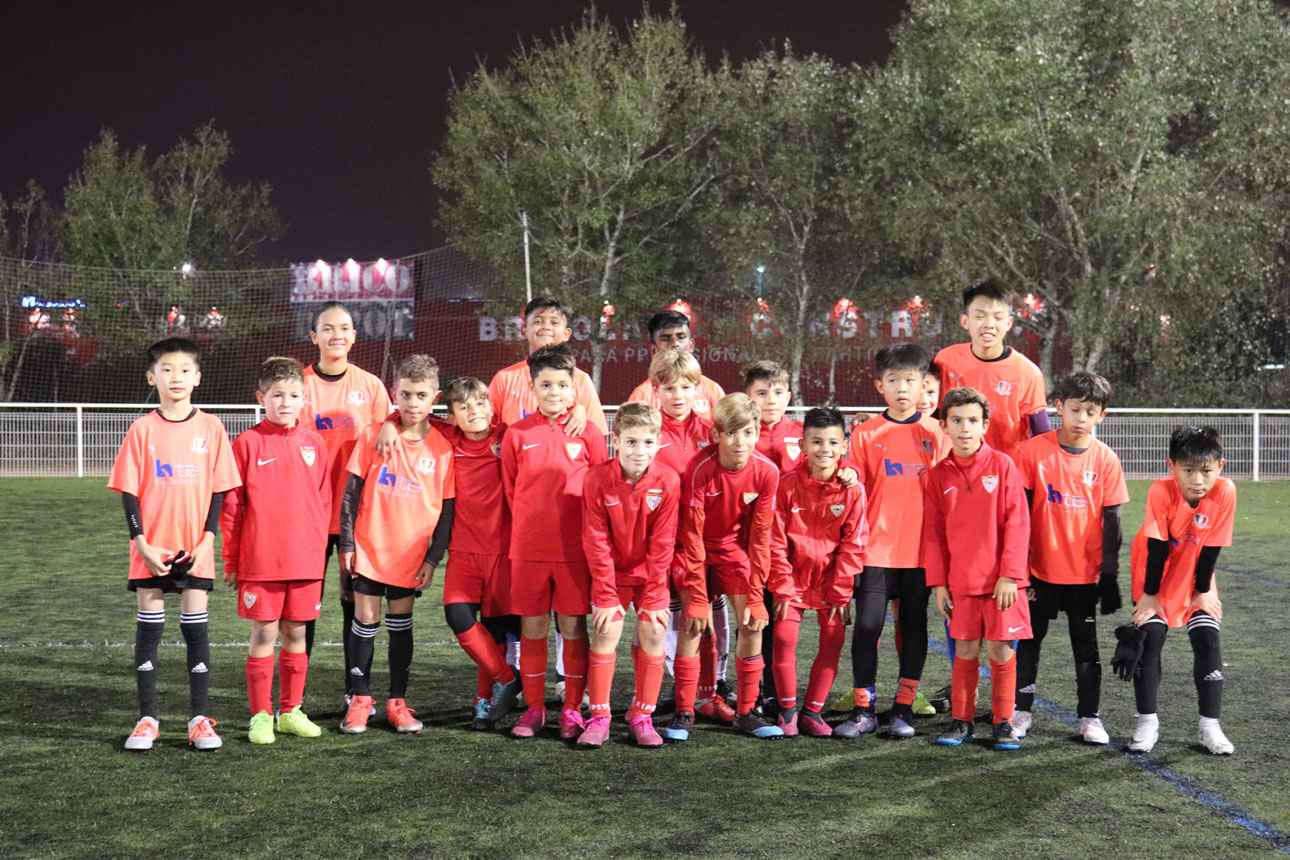 Matches against Other Academies

Above all of this, what we especially liked during this time is that our team got the opportunity to play with one of the top five youth academies in the world – FC Sevilla. Going up against such a world-class team with many potential stars of the future helped our team develop the skills and confidence required to be successful in the future. As a part of the trip, the MM10 Academy also had the chance to visit their training grounds in person and see first-hand how the football giants do business.

What impressed us the most was the high quality and standard of everything that goes into the development of youth players in Spain. Every aspect of their training is honed to perfection, and the style of play is entirely different from what academies in South East Asia teach their young players. The way the European academies implement passing, dribbling, and other forms of exercise with such precision was great to see. We also gathered valuable knowledge on player positioning, the way that the players interchange on the pitch, and complement each other when organizing plays.

Aside from the matches themselves, the players also got the opportunity to train with former professional trainers and experienced coaches. More precisely, the entire team had two intensive training sessions with a UEFA Pro License coach, an opportunity not many other academies in the world get to try out. 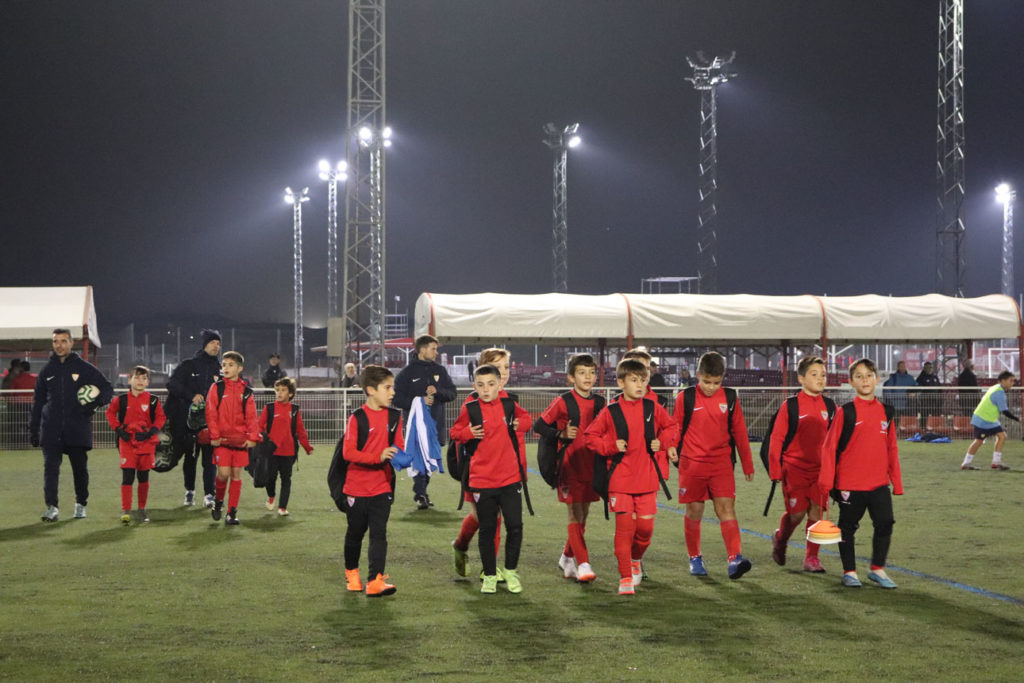 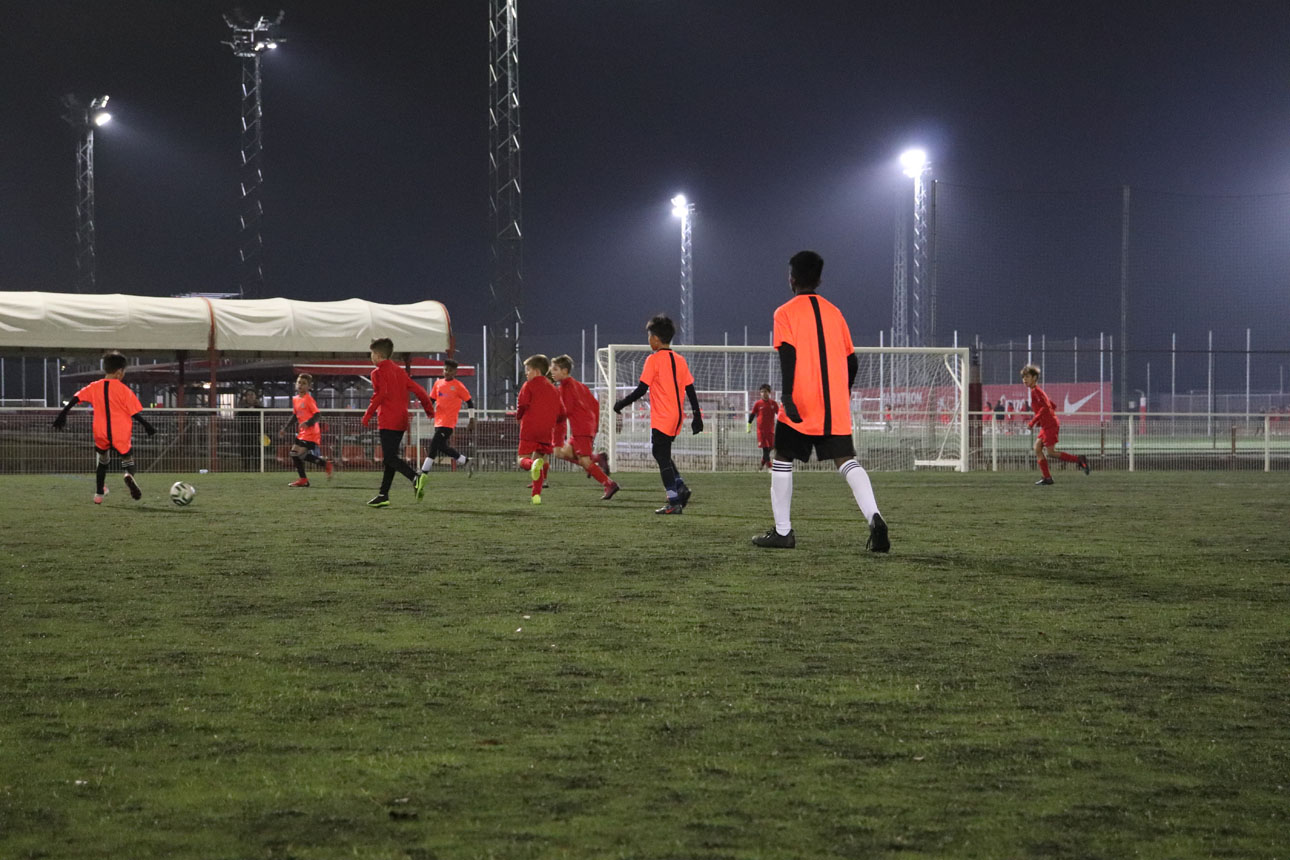 This entire blog update wouldn't be fair if we left out one of the biggest reasons why the whole trip went so well – the MV8 Academy. Their staff and professional managers collaborated with us along the way, and we can say that the two academies established a top-notch collaboration that will reap benefits for a long time to come.

In fact, the MV8 Academy was the one that offered us a chance to see the Betis Sevilla stadium and have a taste of the atmosphere that floats around the training pitch and the stadium grounds. In addition to this, our team was particularly excited to go through the players changing room and sit in the same seats where professional La Liga players prepare before they go out and compete in one of the most competitive leagues in the world.

To go a bit more into the details of this fruitful partnership, the MV8 Academy was founded by Massimo Valenziano, a former professional footballer with experience in playing for teams such as Palermo. What's more, Massimo's football experience isn't only limited to his playing days. He has also coached many teams throughout all of Europe and has even worked as a coach for the AC Milan Youth Academy. We can't express our gratitude enough for getting the possibility to train alongside such an experienced professional in the football sphere.

Of course, there's one more big plus in all of this we didn't mention yet. Since the two academies have established a successful partnership, all future players will have the opportunity to hone their skills against some of the most talented players in Spain and the world, which is something no Malaysian youth academy has managed to establish before. Even more so, they can use opportunities like these to get on the radar of some significant Spanish clubs. 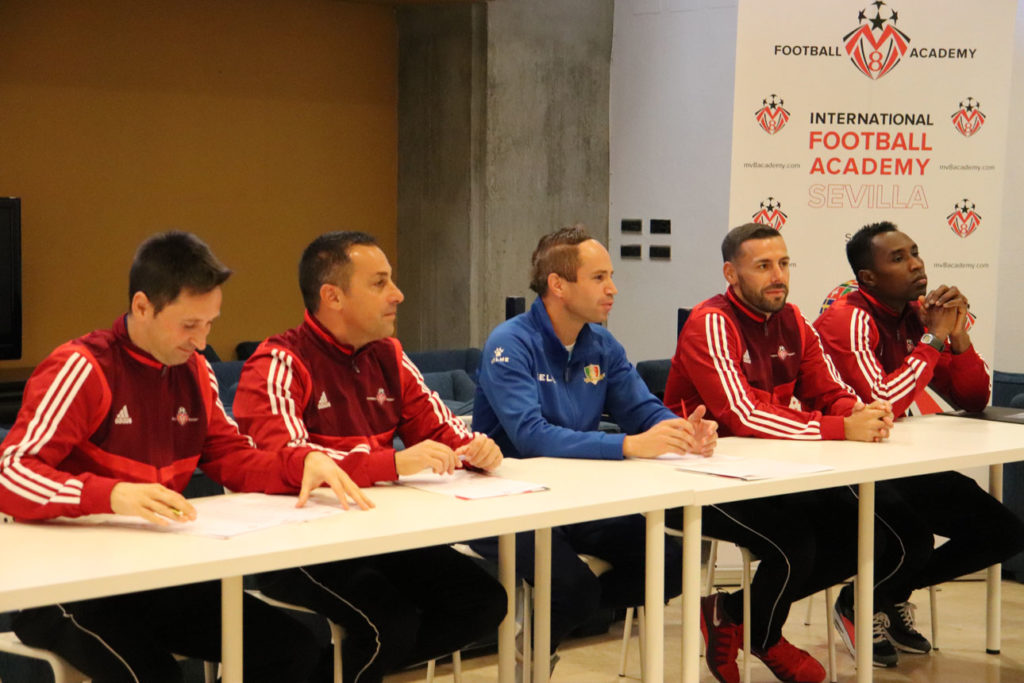 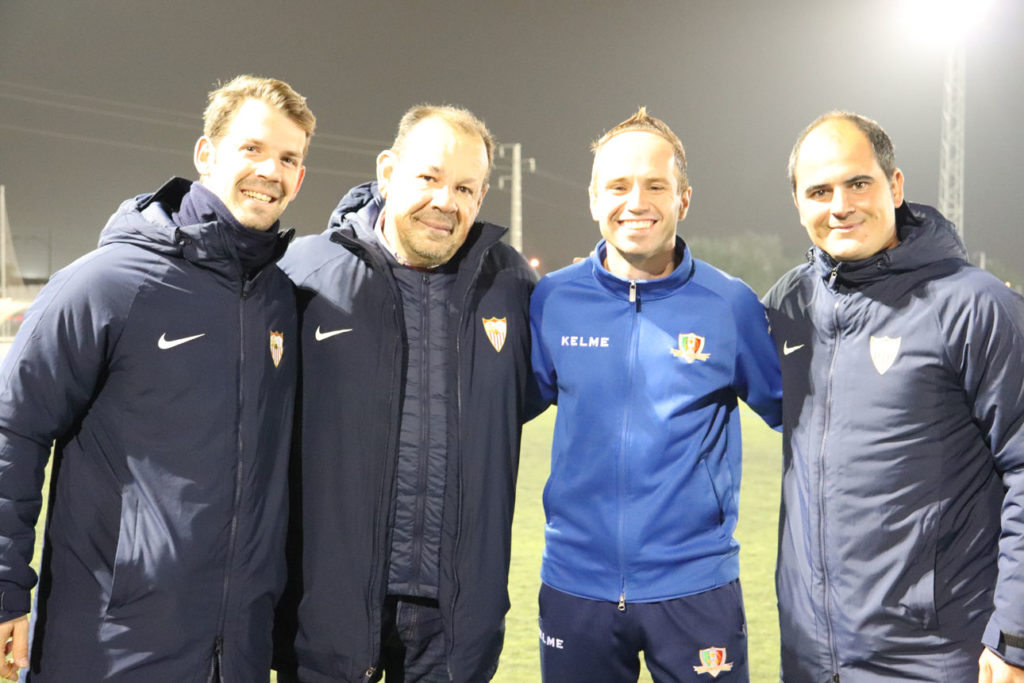 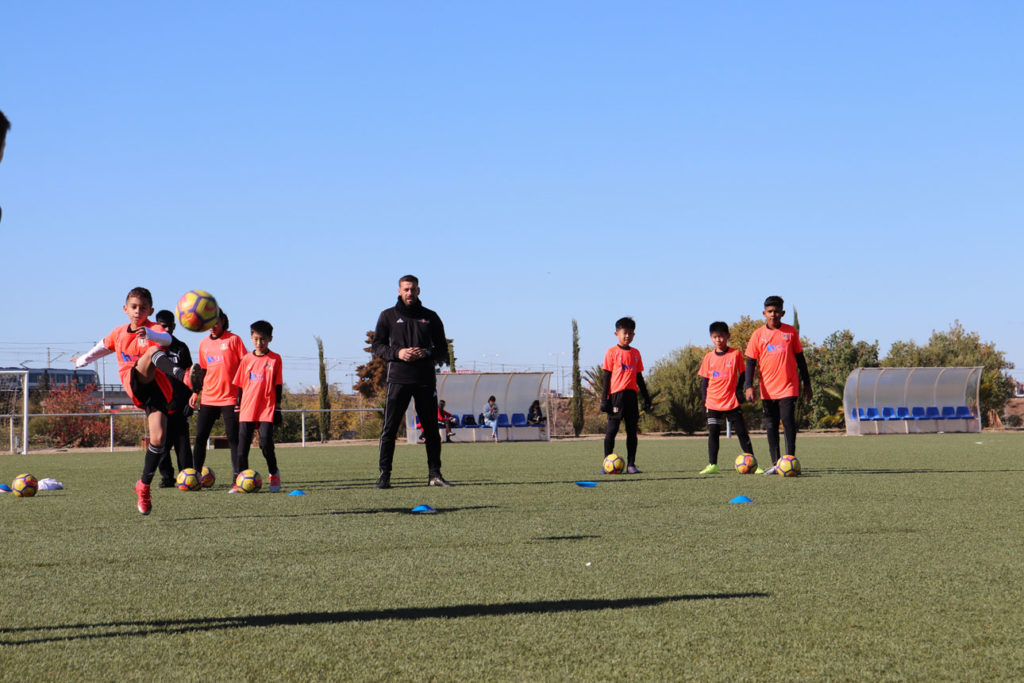 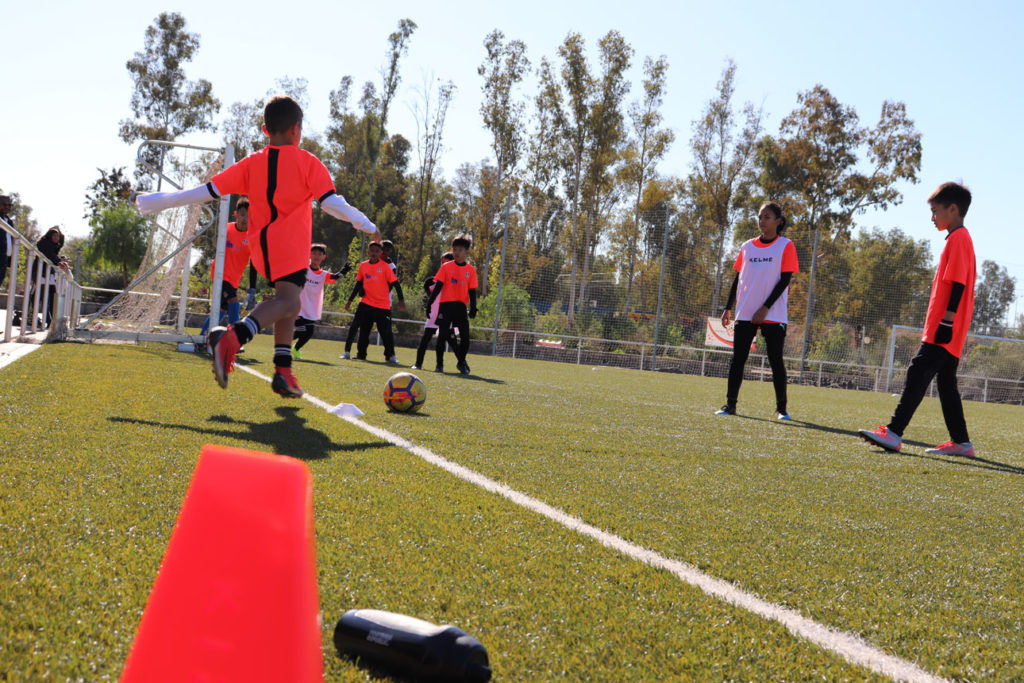 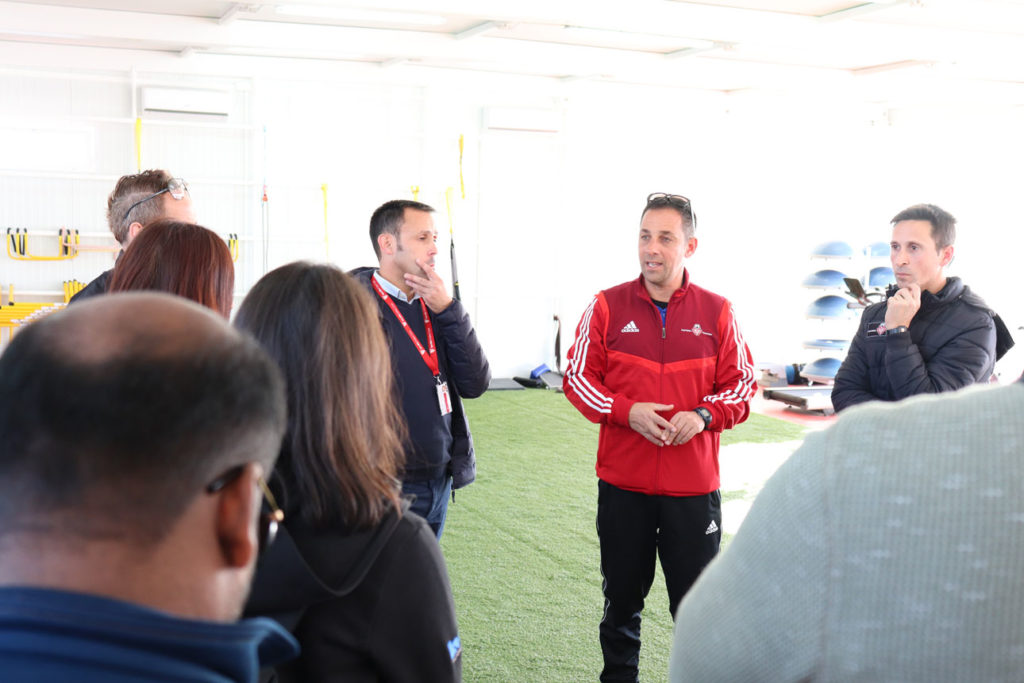 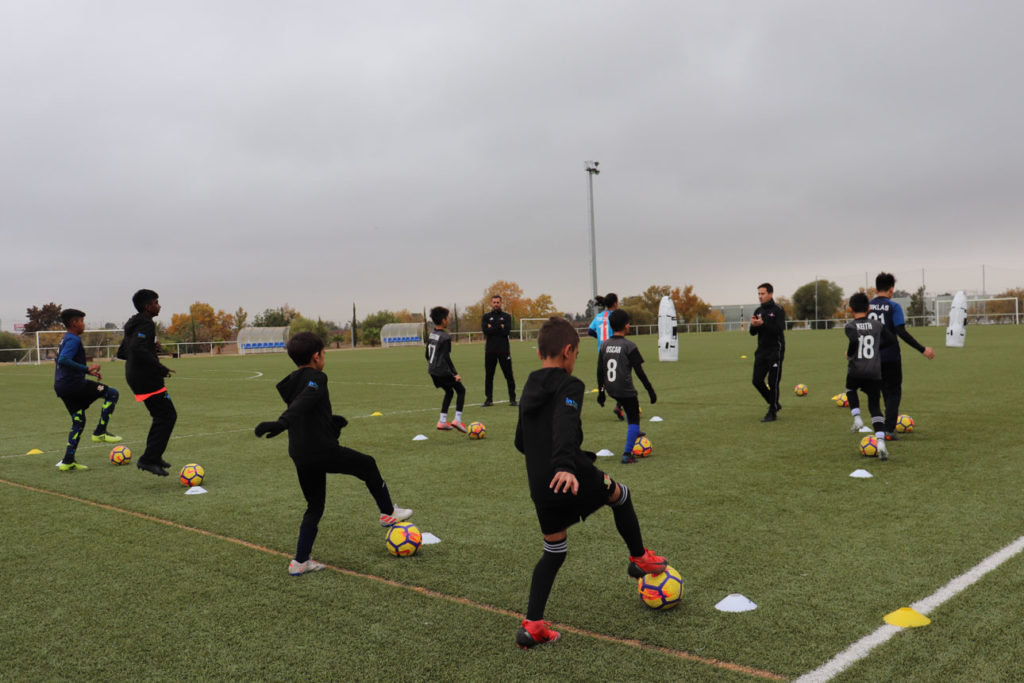 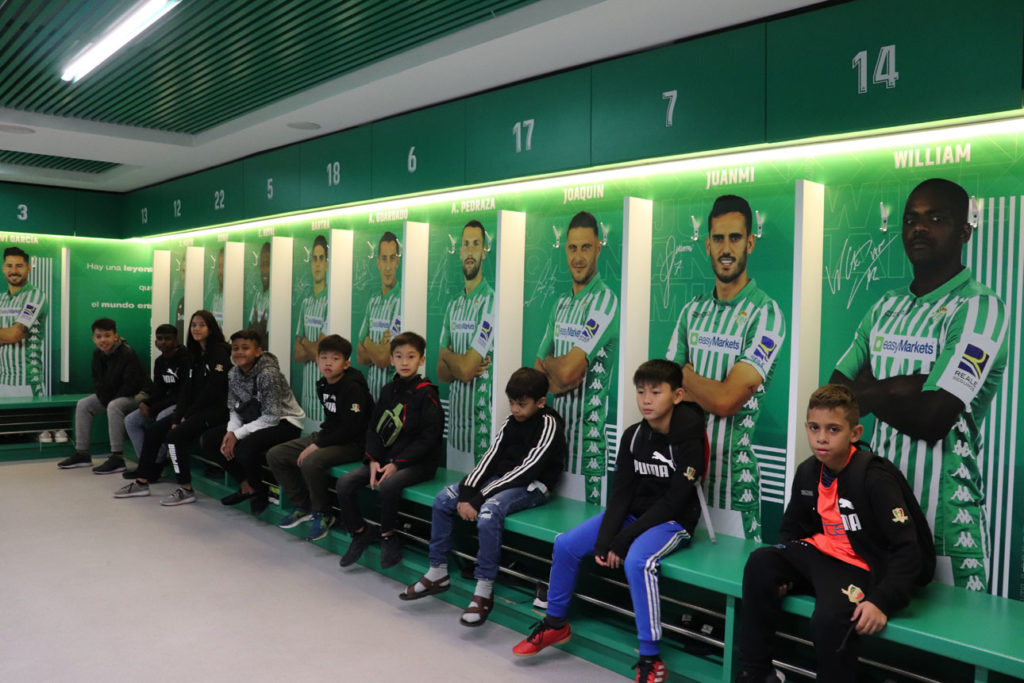 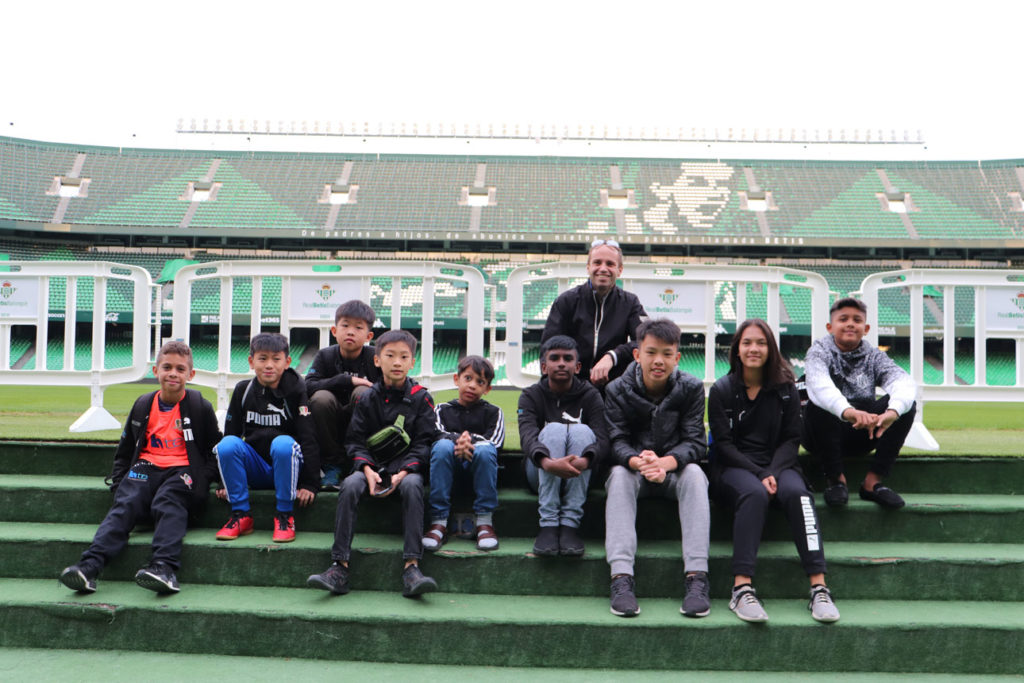 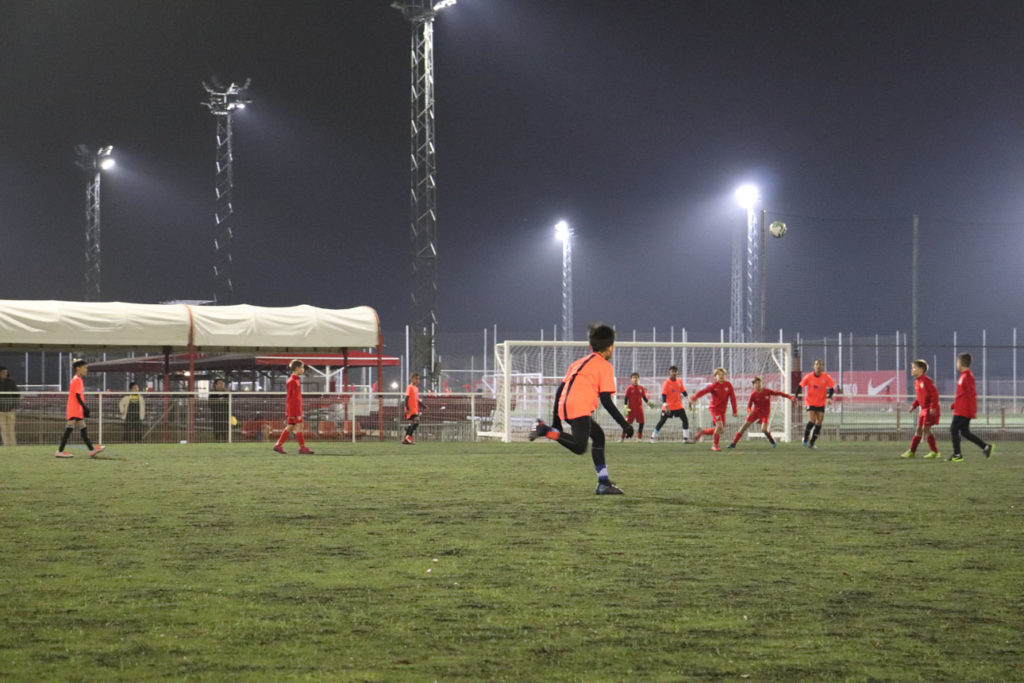 The entire trip to Spain was an overwhelmingly positive experience for every player in our group. We've learned a lot about ourselves both on an individual and team level, and every young player had a chance to taste and get motivation from what could one day be their career if they stay committed to the beautiful sport of football. This was undoubtedly a step in the right direction for our academy, as we look forward to expanding or reputation all over Asia and the entire globe.

While this trip to Spain helped all of our young players in terms of confidence and development, we also learned a lot about the way other academies work during this trip. By going up against well-trained European teams, the MM10 Academy squad proved that its coaches program offers a lot of value. Led by Matteo Massaro, the MM10 Academy, emphasized attacking, attractive football that gives the best results and puts opposing defenders on their heels.

As a former striker, Matteo advocates a technique-based playing style. This includes dedicated training sessions that focus on developing the player's coordination, general skill with the ball, and 1vs1 technique. With such all-around skills training, it's safe to say that the MM10 Academy is the only youth coaching academy in the region that can teach up and coming players how to beat their opponents with many different dribbling techniques. Not only that, as the head coach of the MM10 Academy, Matteo implements a freestyle-centered system that helps young players experiment with unconventional dribbling techniques that can't be learned anywhere else. In the same breath, these techniques can also be used in fixed play positions such as free kicks. Matteo's specialized free-kick training combines the best of power, technique, and style to develop unbeatable free-kick skills for up and coming players.

The Future is Bright

The MM10 Academy was already a leader when it comes to the South East Asian region, but with ties like ties, the future certainly looks bright for all of our students. What makes our academy stand out from other competitors, is that we don't only pay attention to football itself, but everything necessary that goes with it. As a professional who has been in the sport his entire life, Matteo applies his knowledge of football psychology, injury prevention, and management, and nutrition to every player that signs up with his academy, to ensure that he has the best chances of becoming the next superstar. 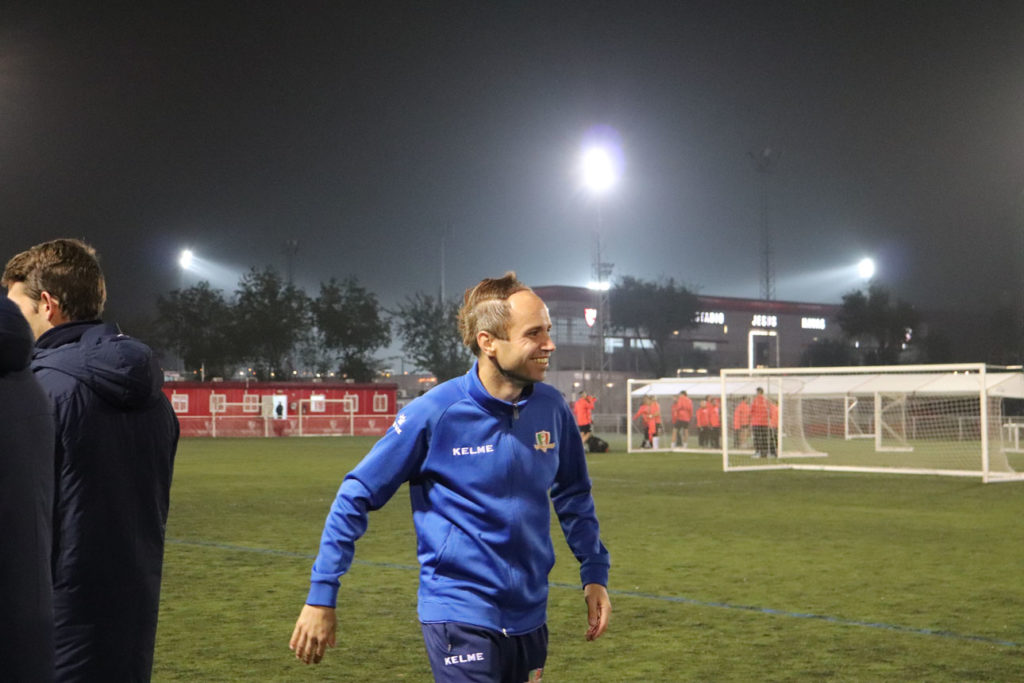 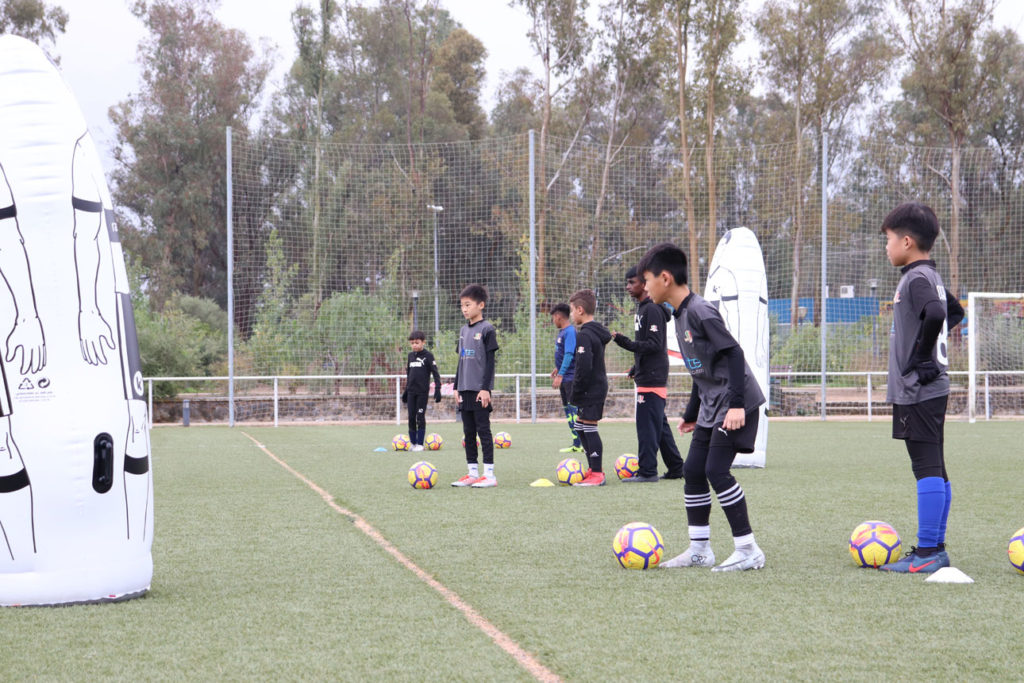 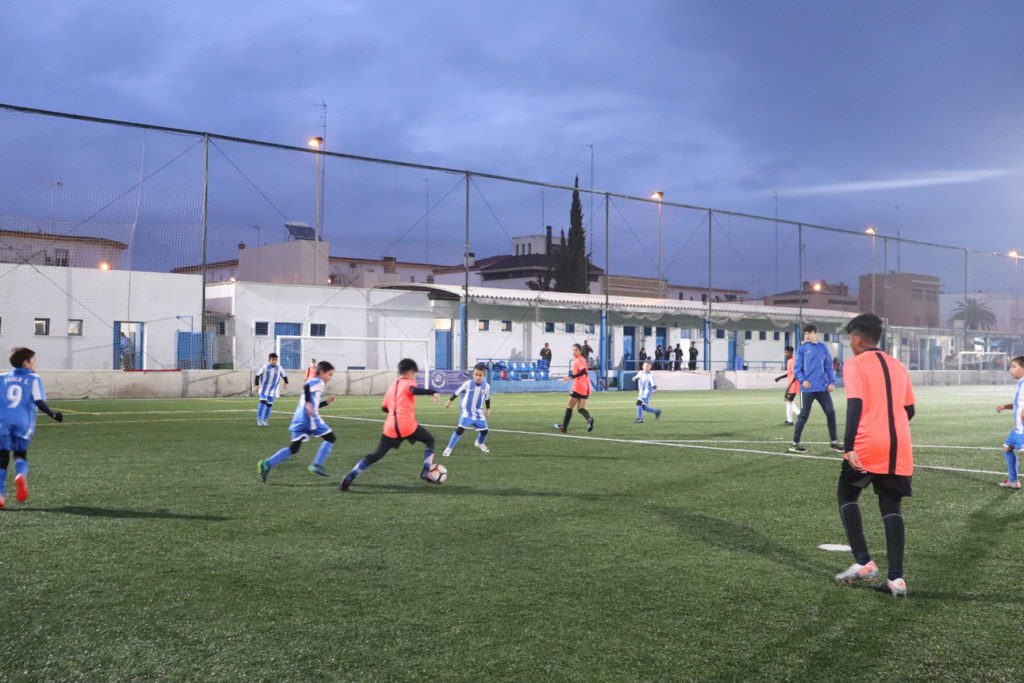 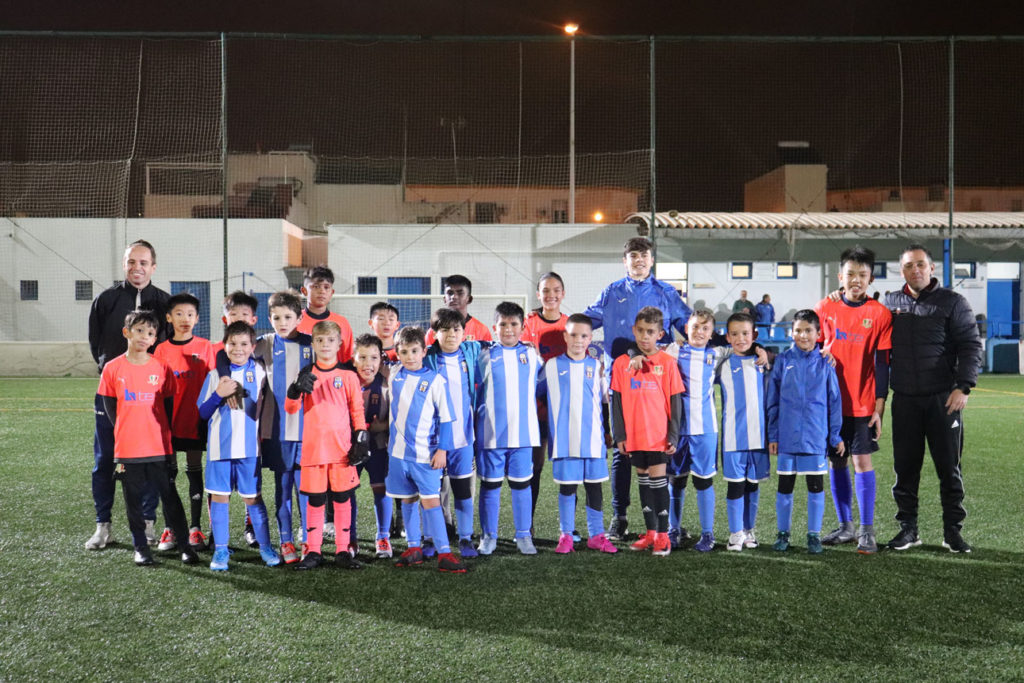 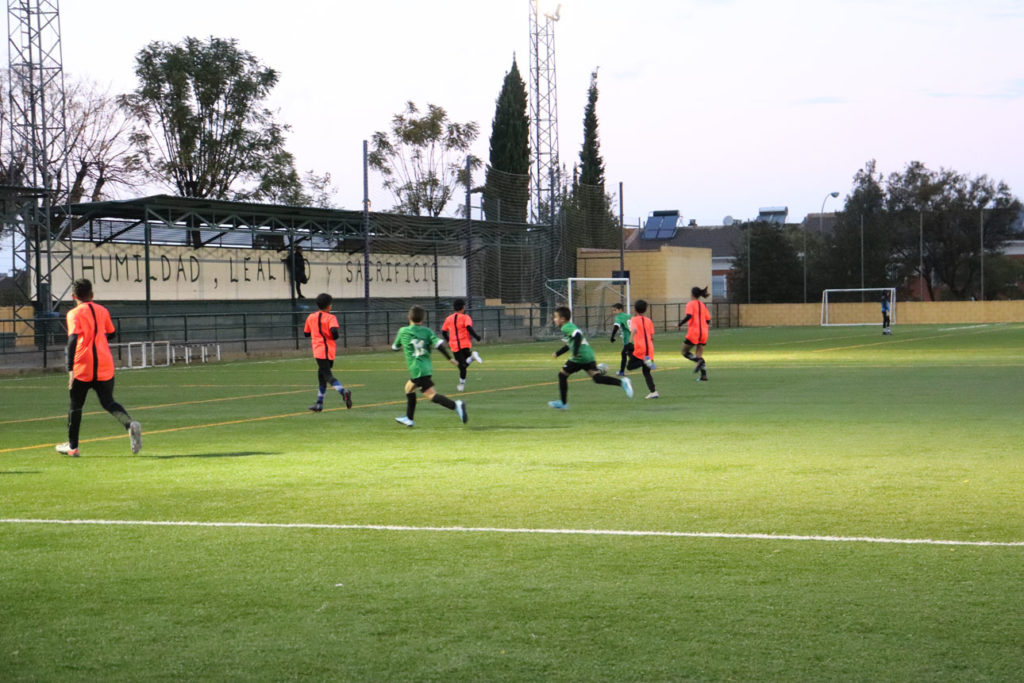 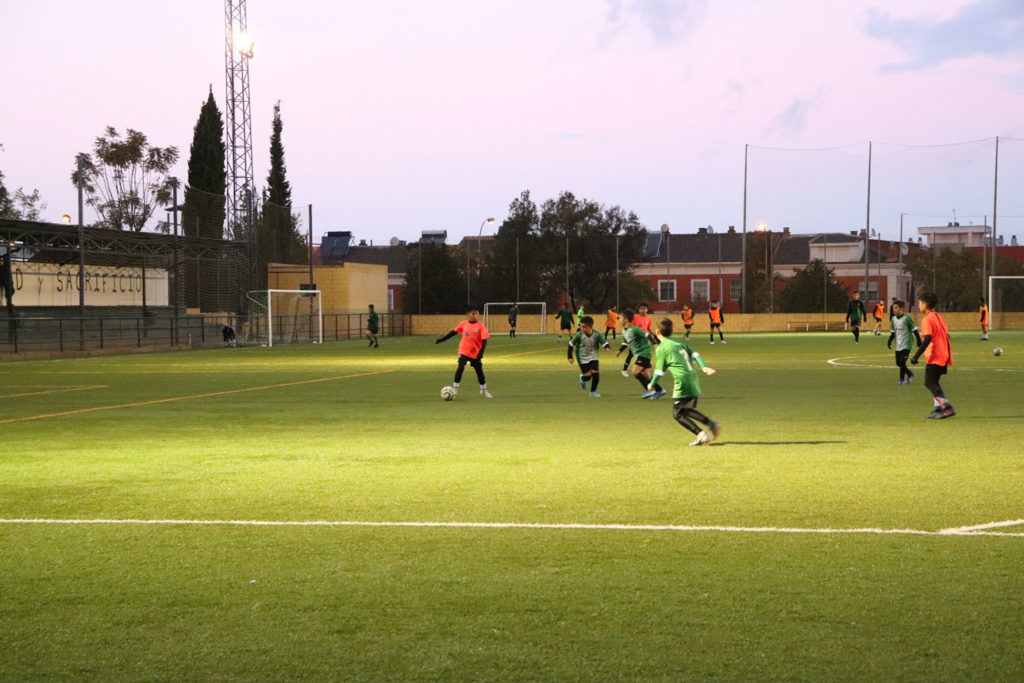